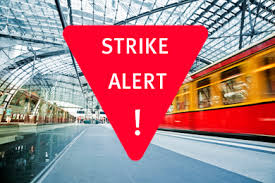 This was and is a big call made by one of Australia’s pre-eminent Workplace Relations Specialists – Michael Harmer, Chairman of Harmers Workplace Lawyers.

Never one to sit on the fence on a human rights, equal opportunity, discrimination and workplace relations dispute, Mr Harmer has come out swinging on this one, and some will applaud him, some will not.  Having worked with this kind Man for a number of years, and followed his ever-increasing public profile as he shines the light on his perceived injustices in the workplace and the world, it was, with not so much a surprise, but a salute to him that he took up the cause for NSW people who would be affected by yet another Union, seemingly forced to bully its key stakeholders, inconveniencing its millions of customers across the State, all because two parties were unable to sit around a table and negotiate, in good faith a reasonable outcome for their employees and/or members.  Strikes are not new to our system, but the unfairness of them is and the ability to stop them, although the power is there, seems to bob up and down like some floating wood on the tide.  Gets bashed around by waves, ends up on shore and then sucked out again to bob up and down and generally, have no focus, direction or outcome other than to be pushed around.   But Mr Harmer took action, and his piece leads to a more interesting and thought provoking argument …… is our system broken?

Our Workplace Relations System, Fair Work, bought in under the Gillard Government was hailed as a major success.  In fact, it seemed to me that going through the process of award “modernisation”, this time it was Lawyers rubbing their gleeful hands together, much like the IT crowd at the turn of the millennium – everything will fall apart unless I hold your hand through every single step of the process.  Who would have thought numbers were at the crux of so much, and yet they are.

It always comes down to numbers doesn’t it?    Mr Harmer’s take on the situation and his resolute action, saw this matter move to cause minimal harm to commuters and business.  But, as Mr Harmer puts it …. is our system “old-fashioned and inefficient” if the only option left for waring parties is to result to this cause of action.

What are your thoughts? Would be great to hear your experiences.

Sorry, the comment form is closed at this time.